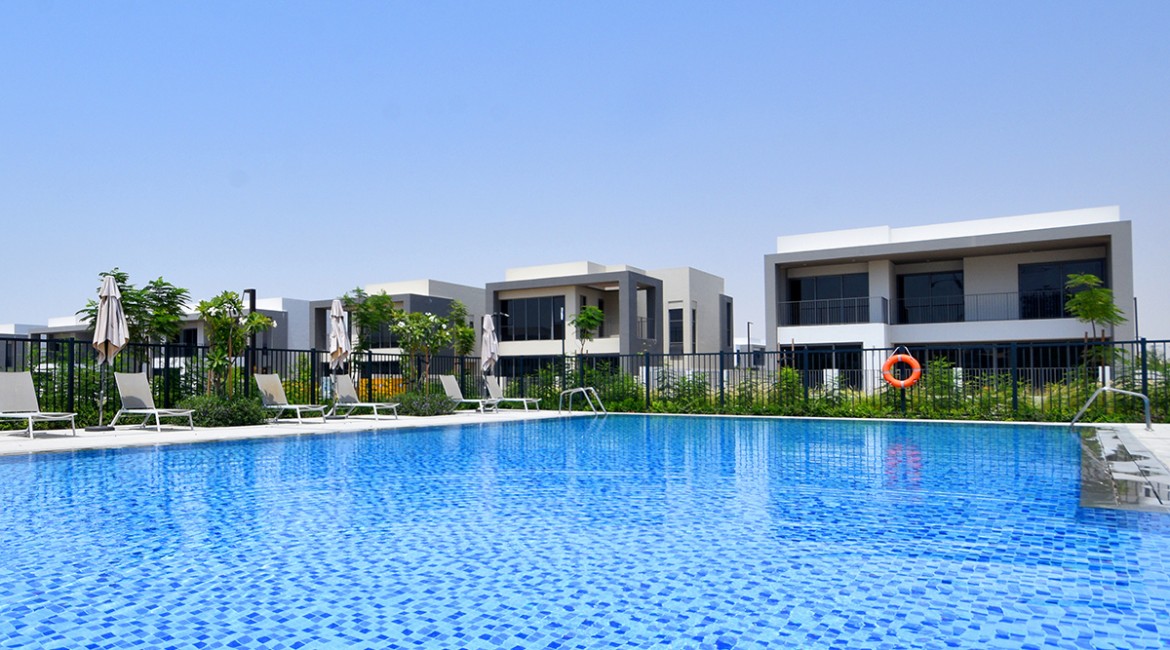 Exploring the ins and outs of Dubai’s pristine and prestigious community.

This is Dubai dressed in its Friday best. The new avatar of Emaar’s Emirates Hills. Classical architecture, luxury villas, contemporary apartments, prime land plots and high-end living characterize the neighborhood’s fashionably restrained streets. Its aristocratic ambiance is unmatched and is epitomized by the community’s secluded fairways, parkways, the 18-hole 1.29 million square metre championship golf course and stunning private residences. Although its daunting refinement places Dubai Hills in a class of its own, the neighbourhood remains close to destinations that encourage you to unwind in style.

You’ll love: The sought-after selection of residences set against spectacular views, upcoming attractions, lush greenery, the championship golf course with views of the Downtown Dubai skyline, shopping and entertainment right outside your door and being just minutes away from some of the best arts and culture scenes in the city.

The epitome of charm and luxe sophistication, Dubai Hills Estates is a true icon. As one of the most affluent parts of the city, Dubai Hills Estates is known for its beautiful residential architecture and prime location. Unrivaled in its wealth of elegant and highly sought-after addresses and golf course villas in the Fairways and Parkways, it will capture your uptown imagination and satisfy your desire for urban beauty. Dubai Hills has three zones. To the north, fronting Al Khail Road, are being constructed exceptional mid-rise buildings containing a total of 22,000 apartments. A second, prime zone contains the stunning golf course villas and plots while the third zone has luxury single-family town houses and villas in communities such as Maple and Sidra.

Residents gather in the neighborhood’s beautiful green spaces, which include sprawling green grass and the championship golf course, with views of the Downtown Dubai skyline. On weekends, families gather at the picnic tables and barbecue pits for parties and get-togethers. With parks, pools and restaurants, it’s the kind of neighborhood that has every amenity, plus a full calendar of community events.

Shopping
The biggest mall in the world, Dubai Mall, is just 8 kilometers away, whilst Mall of the Emirates is less than a 10 minute drive. Emaar has also confirmed the launch of Dubai Hills Mall, due to open in late 2019, and featuring over 750 outlets, family entertainment and leisure centres including a cinema complex, a 65,000 square foot hypermarket and department stores. There’s more to love with a central park area spread over roughly 2 million square feet and an expanse of greenery and lakes.

Eating Out
The community is close to a wonderful array of restaurants from upscale to walking right off the beach at Burj Al Arab.

Entertainment
Aside from Dubai Hills Mall which is being built at the junction of Al Khail Road and Umm Suqeim Road, a further 210,778 square metres of community and neighbourhood retail, hotels, 197,000 square metres of offices, a seven-kilometre boulevard with shops and restaurants, a tennis academy and 45 kilometers of cycling and jogging tracks are under construction.

Nina has an immense understanding of the real estate market in Dubai. As a seasoned realtor, she comes onboard as General Manager with over a decade of experience and has an impressive network of clientele who she has developed close relations with. She believes it takes a good listener out of you to be able to cater to the aspirations and needs of discerning home seekers, commercial buyers, and investors alike. She demonstrates boundless enthusiasm for work and is accustomed to shouldering responsibilities. As a part of her prior job experience, she gracefully handled projects that added high value to the organization and signed-up for strategic business dealing with various stakeholders. She is a perfect role model and will be an asset to the organization.